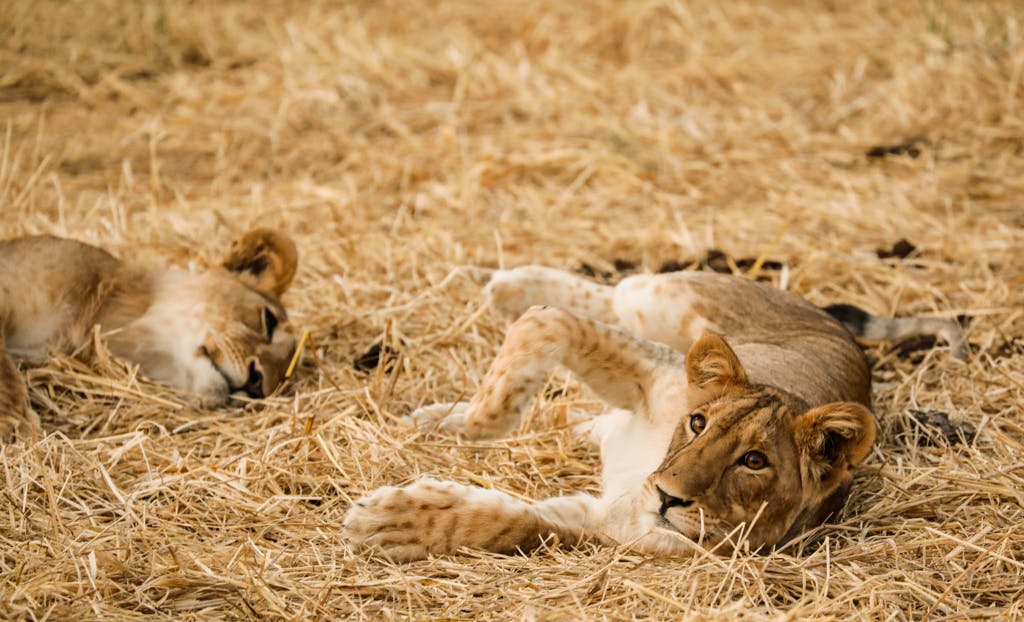 Cameroon is a fascinating country with incredible biodiversity and natural riches. Unfortunately, it is also a country where wildlife is subject to a wide and intense array of human pressures. I travelled throughout Cameroon in February and March 2020 with colleagues from Wildlife Conservation Society and the Elephant Crisis Fund to gain a better understanding of the conservation landscape in the country, and to understand the threats that lions face there. Lions are under major pressure in Central Africa and so the LRF is looking for ways to help strengthen conservation efforts in the region, to complement the existing projects we are supporting. We have already invested heavily in support of conservation efforts by the NGO African Parks in Zakouma National Park and Chad, and in the Chinko in Central African Republic, for example.

There is an extreme diversity of habitats in Cameroon, sometimes known as "Africa in miniature." The country consists of rainforests in the south, transitioning to savannah and then arid lands in the extreme north. The northern protected areas, including national parks such as Faro, Benoue, Bouba Njida, and Waza and the surrounding hunting blocks, are the areas where the country’s remaining lion population persists.

It was striking to see how many mammal and bird species are found in Cameroon, and many of them are different from those found in southern and East Africa. This emphasizes the importance of the LRF’s strategy of supporting lion conservation across a wide array of landscapes, so we can protect the widest cross-section of biodiversity as possible.

The protected areas (PAs) in which the lions live in Cameroon are under major pressure. Key threats include transhumance and the incursion of parks and concessions by people with thousands of cattle. Transhumance refers to the nomadic lifestyle of certain ethnic groups of people, who in the Sahel move large distances with livestock in a seasonal pattern, sometimes across national borders, in search of fodder.

Illegal livestock incursions into protected areas in Cameroon are associated with competition for grazing, persecution of predators, elevated poaching, and the destruction of trees to provide fodder for the cattle. Other key threats include the poaching of wildlife for meat and body parts, artisanal mining, and human encroachment for settlement and agriculture. Instability in the form of terrorism associated with Boko Haram creates an additional major complication for conservation efforts in the far north of Cameroon.

Some of the protected areas we visited showed clear evidence of these threats – the presence of livestock deep inside protected areas, very low densities of wildlife, and habitat fragmentation. However, the situation was by no means hopeless. Bouba Njida National Park has benefitted from significant investment and conservation support via a partnership between Wildlife Conservation Society and the Cameroonian government. In addition, some of the concessions around Bouba Njida and Faro have benefitted from significant private investment in the protection of wildlife and habitat. In Bouba Njida, we saw an amazing diversity of wildlife with impressive densities of some species in parts of the park. We saw 14 species of ungulate, including bushbuck, bohor reedbuck, buffalo (the beautiful little red ‘brachyceros’ sub-species), common duiker, defassa waterbuck, incredible giant eland, kob, Kordofan giraffe, western hartebeest, oribi, red-flanked duiker, roan antelope, tiang, and warthog.

We were fortune to spot a leopard slinking through the grass as we headed back to camp after driving for many hours through Bouba Njida.

Elephant numbers are low and remain suppressed after a horrendous massacre that occurred 8 years ago at the hands of foreign poachers, resulting in the death of hundreds of elephants. And though we didn’t see them, it was apparent that lions remain in reasonable numbers. We heard them roaring and saw their spoor on several occasions. Estimates are that Bouba Njida has around 80 lions, and the most recent published estimates suggest a national population of around 270 individuals. The largest populations are believed to occur in the Faro and Bouba Njida ecosystems.

The future of wildlife in Cameroon is uncertain. Pressures continue to grow and the wildlife authorities suffer from extreme and recurrent budgetary shortfalls for the management of PAs in the country. The country needs substantial external support to improve conservation management. This requires both strategic steps by the government to attract partners to support the management of the nation’s protected areas via public-private partnerships, and a greater focus on assisting the nation from the international donor community. The Lion Recovery Fund will look for ways to engage and provide support for conservation efforts in Cameroon to complement the existing grants we have in other Central and West African countries, such as Benin, Central African Republic, Chad, Nigeria, and Senegal. Our hope is to help secure the future of lions in Central Africa, to build on successes and to help turn-around situations where lions continue to decline.