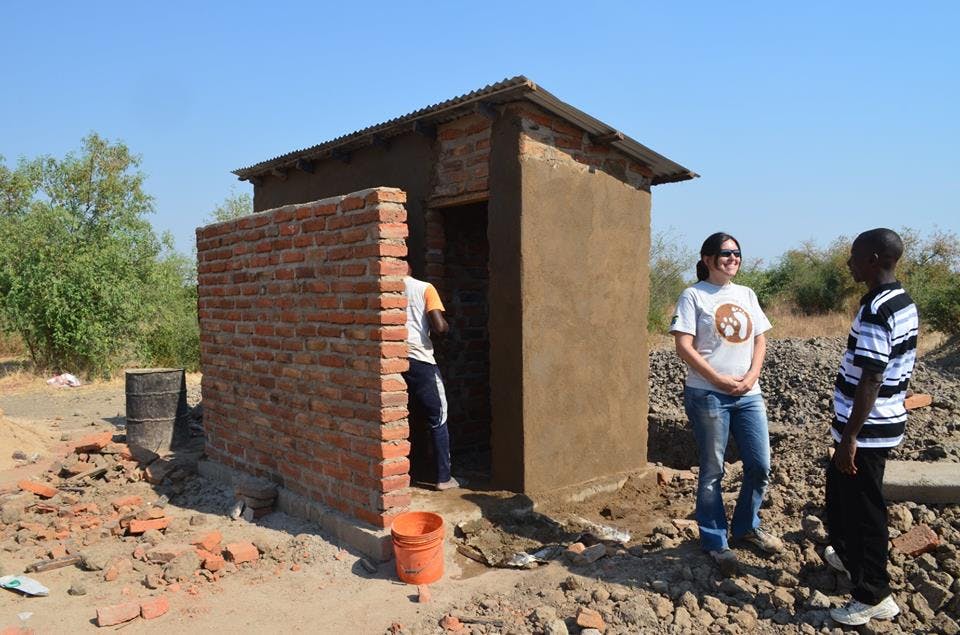 In the Tanzanian village of Kinyika, a group of people cluster around a newly built outdoor toilet. The brick and mortar walls of the structure are plastered with cement and a corrugated tin roof keeps the interiors cool and shaded. The toilet is situated a stone's throw away from a newly constructed health dispensary. Ana Grau, Ruaha Carnivore Project’s (RCP) Field Operations Manager, studies both structures with admiration, impressed by the speed with which they were built. Next to her, the village chairman, Kawete Mbwawa, smiles widely and tells her that his people are excited to see how the clinic and toilet will improve their quality of life.

The villagers in Kinyika are not the only ones who will benefit from the new clinic and toilet; lions will also benefit. Ruaha National Park in Tanzania holds one of the most significant lion populations in Africa. As human populations around the park grow, they come into frequent contact with wildlife inhabiting the same areas, resulting in frequent clashes over limited resources and space. Ruaha Carnivore Project created a Community Camera Trapping (CCT) Program to reduce human-lion conflict and enable peaceful co-existence between people, lions, and other wildlife in the park. The village of Kinyika is one among several that participate in the CCT Program.

With funding from the Lion Recovery Fund, the CCT Program works by using camera traps to measure wildlife abundance on village land, which in turn is used as the basis for performance payments and benefits (such as the benefits provided to Kinyika). Basically, the more wildlife is captured by the camera traps, the more benefits the village receives.

As part of the Program, the RCP team provides participating villages—similar to Kinyika— with camera traps to place on village land. Two CCT officers selected by the village—these are commonly former poachers who possess intimate knowledge of the wildlife hotspots in the region—are trained and employed through RCP, and check on the cameras four times a month. At the end of the month, a staff member from RCP accompanies them to view the photos. Each photo of a wild animal generates a certain number of points, with more points for more threatened and conflict-causing species. For example, the small and innocuous dik-dik gets a village 1000 points, but a lion generates 15,000 points.

Every three months, the points generated by each village are calculated, and benefits are distributed, with more benefits going to villages with more points (although all participating villages receive at least some benefits). Benefits are allocated to three priority areas, as chosen by local villagers, namely education, healthcare, and veterinary medicines. The health clinic and the toilet in Kinyika are a direct result of this Program, as they were provided through the ‘health’ benefits the village won.

This initiative clearly demonstrates to people that conserving wildlife on their land provides valuable community benefits, and the program has been highlighted as a major force for local community development, while also increasing tolerance for wildlife presence. Through successful partnerships like these, the Ruaha Carnivore Project is working to protect lions more efficiently and empower villagers to join them in their conservation efforts.

To learn more about their project and support their efforts, visit Ruaha Carnivore Project’s project page.