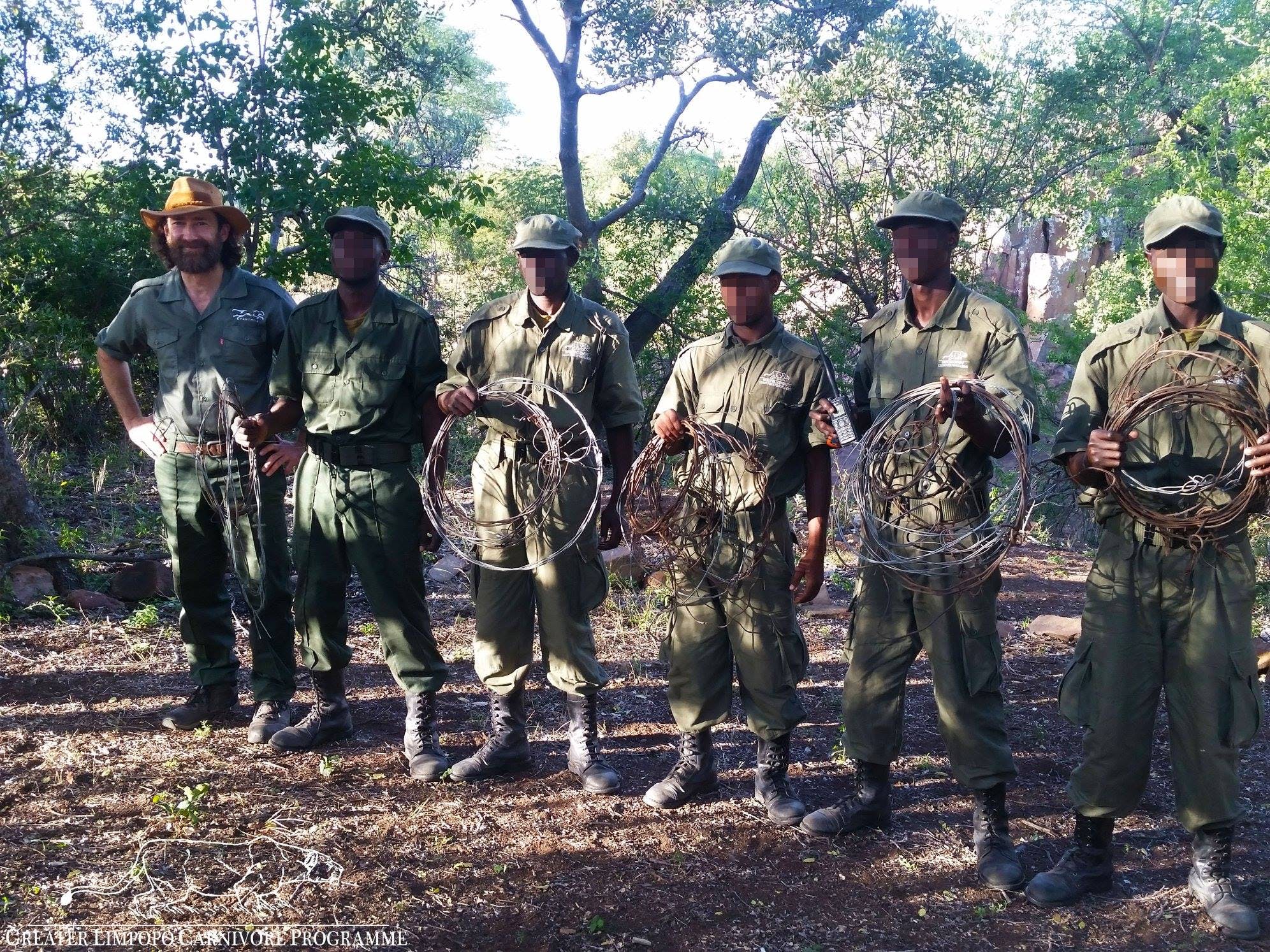 Photo update of rangers from the Greater Limpopo Carnivore Programme Limpopo Lion Protection Unit (LLPU) on patrol in Limpopo National Park with Lion Recovery Fund support. Limpopo National Park is part of the Greater Limpopo Transfrontier Conservation Area. The area has enormous potential for lion conservation, but the species is currently under pressure from targeted poaching for body parts combined with bushmeat poaching, which reduces prey densities. These threats are being tackled directly by the LLPU: in their first month of operation they removed 57 snares, located and destroyed 2 sites containing poison (planned for use in killing wildlife) and arrested 3 poachers. Encouragingly, they have been seeing signs of wild dogs and cheetahs and have seen lion sign in an area in which a pride had previously been killed by poachers. LLPU operates in partnership with ANAC and Peace Parks Foundation.