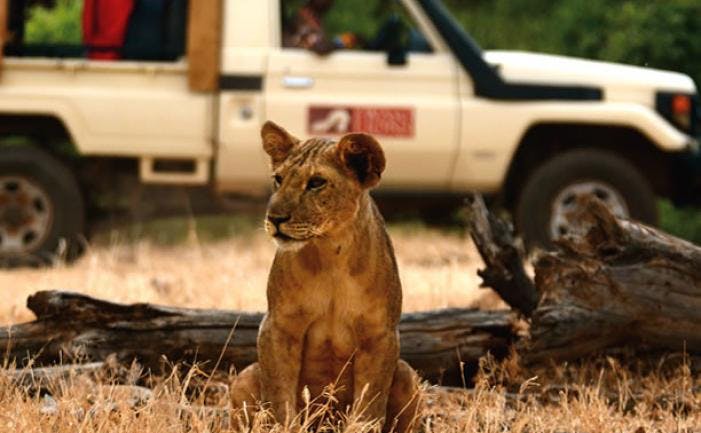 With rain comes conflict. During northern Kenya’s rainy season, hunting becomes more difficult for lions because their prey grows stronger and faster with the abundance of vegetation and water. Lions are forced to travel longer distances in their hunt for animals like impala and gazelles, and on their way, they counter abundant livestock that are easy to target.

Ranchers and pastoralists in the region rely heavily on their livestock, so they may retaliate against the lions for killing their goats, cows, or camels. Since November when the rains returned, Ewaso Lions has recorded 45 incidents of lions attacking livestock and has stopped the killing of lions an estimated 26 times. As a result, no lions were killed during this period.

Ewaso’s core field team works closely during the rainy season with the young men-known as warriors- who are part of their Warrior Watch team. Warrior Watch participants are stationed in their native villages and trained in human-wildlife conflict negotiation. They display a genuine empathy for the loss of the livestock, and are skilled incalming tensions and working to prevent future problems from occurring.

As Jeneria Lekilelei, Ewaso Lions’ Field Operations and Community Manager, recalls, ‘One day, the lions killed camels in five locations. I sat with the herders under a bush all day. I explained the camels weren’t properly attended. I said, ‘Have you ever heard of a camel being killed when herded by a proper person?’ They said, ‘No.’ I said ‘Then you can’t be angry at the lions.’ Because I had talked with them, they were willing to leave the lions and come back with me to the village.” Jeneria stayed with them until late in the night to make sure that no one went after the lions. The next day, he went back to check, and found the lions safely back in the Samburu National Reserve.

Despite the high incidence of conflict this rainy season, the fact that no lions have been killed or harmed is a testament to the power of Ewaso Lions’ work with the people who must live among the lions.