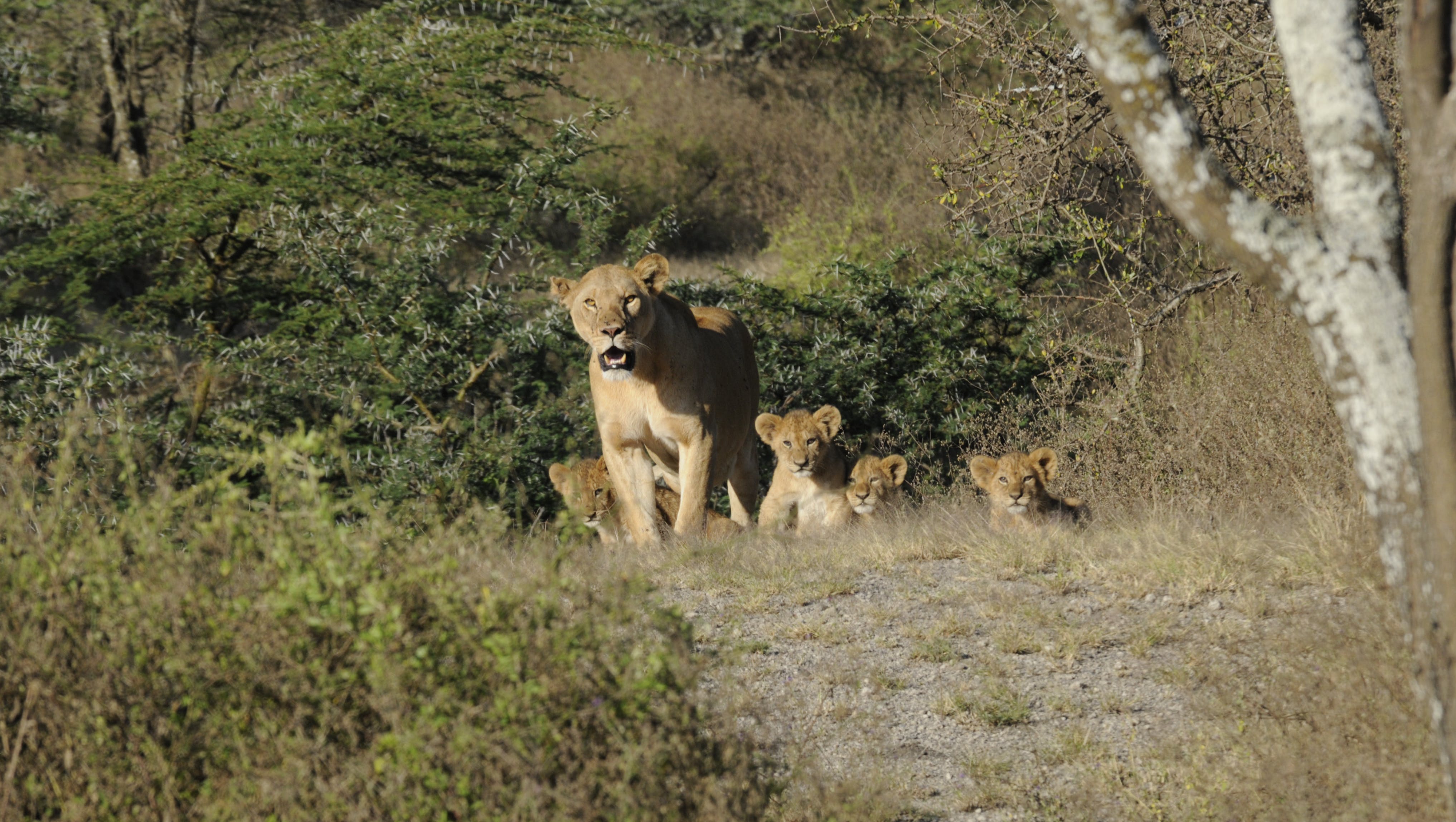 During this time, Nayomi was still the matriarch of the pride. This was a very dry and challenging year, but she led the pride in hunting giraffes and other wild prey instead of feeding on neighboring cows, which were abundant in this area. This is important because community members will often retaliate when lions prey on livestock, which can be deadly for the lions. However, in December 2017, Nayomi passed away, likely from an accident while hunting.

Nayomi left a legacy of her five daughters, including Nadine, and these females continued the Twin Hill pride. In 2018, the females had cubs but the pride males were unstable, which put the cubs at risk. Unfortunately none of these cubs survived due to infanticide, which happens when new males take over a pride and kill young cubs so they can father their own offspring. The females did have more cubs in 2019 and tracks of these cubs are still being observed, which means they haven't fallen victim to infanticide yet.

Our partner KopeLion continues to monitor this pride and, to their excitement, they spotted one of the pride females coming out of thick bush with 8 cubs! These cubs were just spotted this month and KopeLion is hoping some of the pride politics with the males have settled down so these cubs have a chance at survival.