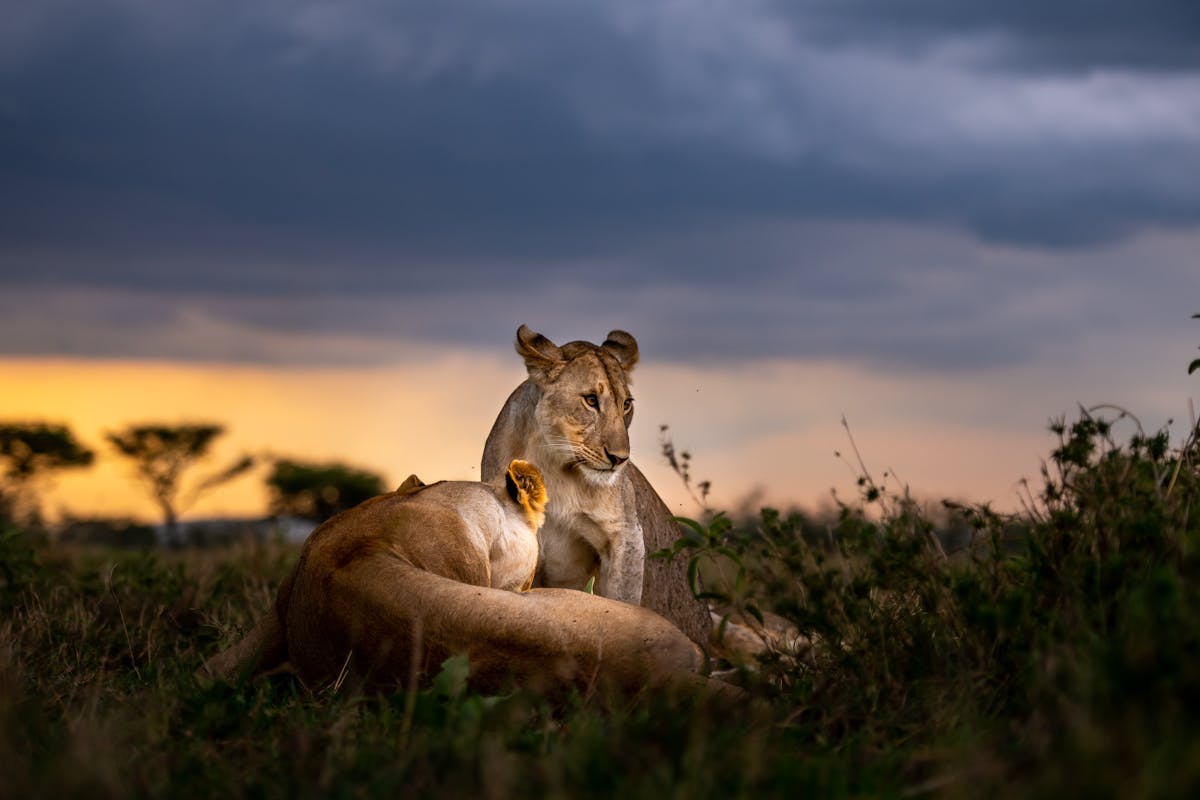 Singita: Ensuring the King of the Beasts Endures

Synonymous with the power and majesty of the African wild, lions also play an integral role in the overall health of the ecosystem of the bush. In just 25 years, Africa’s wild lion population has been halved—now perhaps 20,000 individuals, or fewer, roam the continent’s unique wilderness areas, resulting in them being officially classified a ‘vulnerable’ species. ⁠⁠The West African sub-species has been hit even harder, and is now classified as Critically Endangered.

As apex predators and an ‘umbrella’ species, the welfare of lions directly impacts the health of the greater environment, which means that if a wild lion population thrives, the entire ecosystem functions effectively. This makes their conservation an ecological imperative, as well as an economic one, considering the livelihoods that rely on the iconic Big 5 ecotourism for survival.⁠⁠

In the regions in which we operate, Singita works with our non-profit partners and conservation organizations to raise awareness and support fundraising. Singita was one of the founding members of the Lionscape Coalition, an initiative led by prominent ecotourism companies and the Lion Recovery Fund (LRF), designed to secure a future for these big cats and their natural landscapes. ⁠Since its inception in 2017, the Lion Recovery Fund has invested $19 million into innovative projects designed to protect lions and the landscapes on which they depend. With 157 projects supported, and 58 partners in 21 countries across the continent, the LRF is working tirelessly to meet its goal of recovering the 50% of lions lost by 2050.

Habitat loss, reduced prey populations (due to habitat loss and the illegal bushmeat trade) are major threats to the survival of lions. Human-wildlife conflict too, plays a role - as human settlement and agriculture encroaches on wildlife areas, the gap between humans and their livestock and lions narrows and the risk of retaliatory killing increases. Targeted poaching of lions for body parts is another emerging threat, while accidental death by snares set for other game is an ongoing issue.

To combat these threats, LRF focuses on three main geographic contexts, the three ‘Rs’: ‘Rescue’ which entails preventing lions from going extinct through the investment into their protection in the most vulnerable areas; ‘Recover’ which comprises investing in landscapes with the greatest potential for lion recovery; and ‘Retain’, which sees the fund investing in protecting the largest remaining lion populations.

While the challenges at times seem insurmountable, lions can recover if sufficient resources are channelled into conservation efforts. Throughout 2020, the LRF was able to invest more funding than it did in the previous three years combined (USD9.2 million) - an enormous feat considering the hurdles of a year beset by pandemic-related challenges. The NGO was able to issue COVID-related emergency grants to ensure that essential conservation services continued and to provide deep investments into landscapes with little funding and the greatest potential for lion conservation.⁠⁠

Creating sustainable long-term systems for the co-existence of humans and lions is also crucial. Incentivizing communities—such as the ‘performance payments’ programs that LRF funds in Tanzania, Mozambique and Botswana (designed to reward local communities for protecting lions and their prey through a payment scheme)—shows much promise. This program recognizes the role of communities as custodians over wildlife on behalf of the world—a belief system that lies at the core of Singita’s philosophy, which centers on our duty and responsibility to act in the best interests of the environment and all who share it.

But while organizations like the LRF work continuously towards the preservation of threatened species, the ultimate success of conservation programs rests on greater systemic change. So the South African government’s recent legislation banning the captive breeding of lions for trophy hunting and controversial tourist interactions like cub petting was a welcome move, and one which Singita wholeheartedly supports. Another recent small but telling shift was the launch of the New Big 5. While the original Big 5 were the animals prized by trophy hunters because of their formidable reputation, the New Big 5 celebrates those most sought out as photography subjects. A global initiative designed to raise awareness about the threats to biodiversity, it’s also a subtle attitude change that signals the appreciation rather than the acquisition of wildlife as the ultimate aim.

As an individual you can play a role—support the Lion Recovery Fund in continuing its vital work in 21 countries, where 100% of all donations is deployed to projects. You can help the Lionscape Coalition to support the LRF’s bold vision to double wild lion numbers by 2050 here.