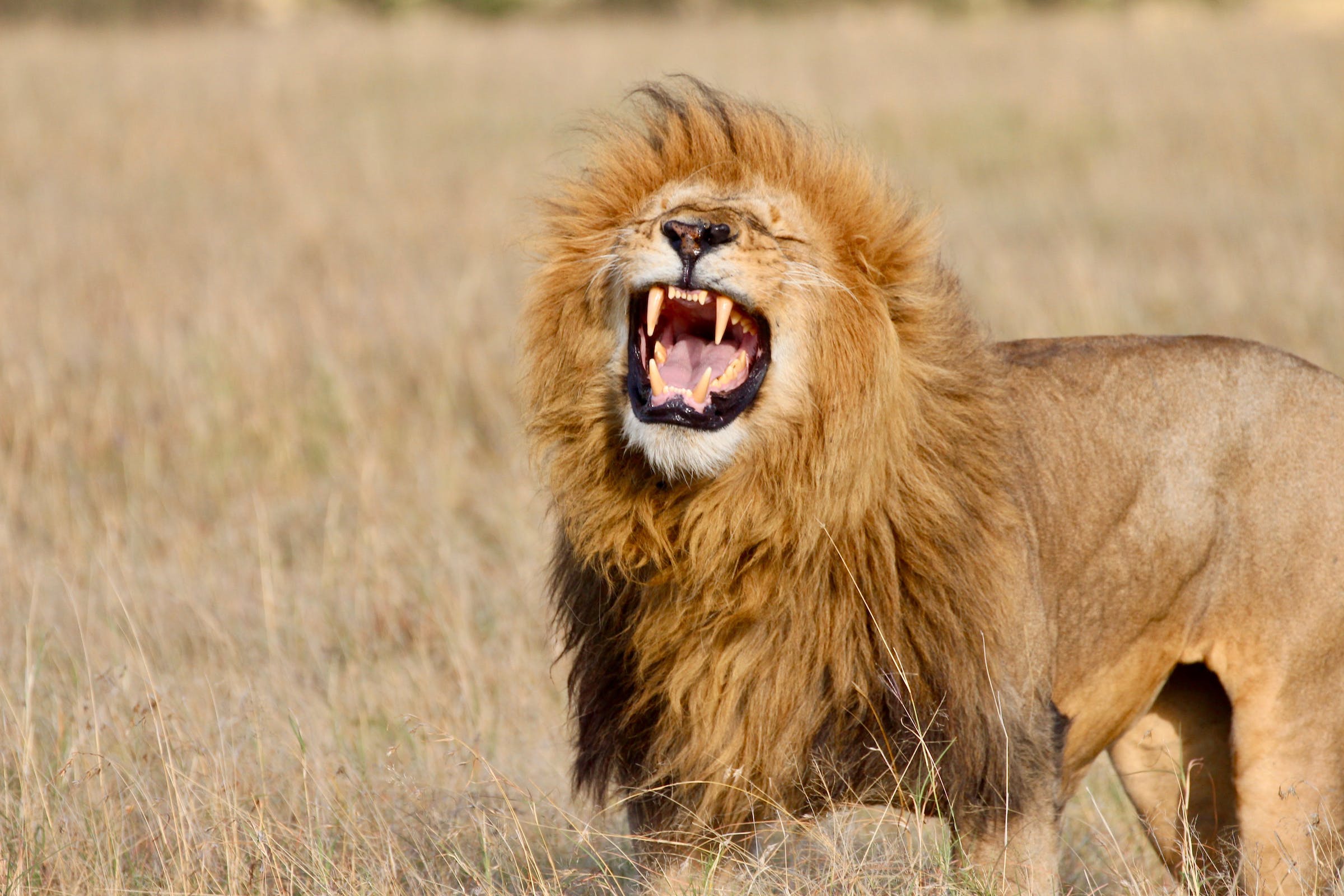 The Complexity of Lion Roars

Lions are the only big cats that are truly social. Their social system is such that groups of related lionesses occupy a pride area, and a male or a coalition of males have territories that can encompass those of multiple female prides. Female lions frequently share food, nurse one another’s cubs, and hunt cooperatively. Group living also plays a critical role in the defense of territory against other females and incoming males. Non-pride males, nomadic males, or those that may have deposed the pride males are frequently infanticidal, killing cubs to hasten the onset of estrus among pride females. Defending against incoming males is thus essential for both pride males and females.

Roaring is a key component of lion social behavior and territoriality. A lion’s roar is arguably the world’s most iconic animal sound. Roars can be heard from over several kilometers away when conditions are right. The sound is deafening and awe-inspiring when heard from nearby. In my travels to the bush around Africa, I feel a true adrenaline rush and vulnerability when hearing lions roaring at night, especially when they are near and particularly when I am camping in a tent! Lions at night are very different creatures to the sleepy, docile animals they appear to be during the day. They are active, vocal, see excellently in the dark, and can be aggressive towards other lions and of course when hunting.

Roars are used to signal territoriality and to locate distant pride members. Both male and female lions demonstrate ownership of territories via roaring and are able to gauge the strength of opposition based on the number of roars heard from other groups. A number of studies have used playback experiments to assess the reaction of lions to the playback of roars from varying numbers of lions. Females are more likely to respond to roars of other groups if they outnumber the other group, whereas males tend to approach the roars of competing lions regardless of their number. Fights between females often result in severe injury or death, so it is critical for lionesses to gauge the risks before engaging. Fighting between males is also frequently deadly, but pride males appear to have nothing to lose by approaching intruders because their only chance of reproductive success is when they control a pride. Consequently, they seem willing to fight for that control regardless of the odds.

Lions roar almost exclusively at night. A recent study found that there is a peak of vocalizing near dawn, and that lions roar more when acoustic conditions are conducive to sound traveling far. Lions roar more when wind speed is low, when it is cooler, and when air humidity is higher. They avoid roaring beyond their home range boundary, and are more likely to roar repeatedly near rivers and water points. These fascinating insights help us better understand the complex social systems of lions.