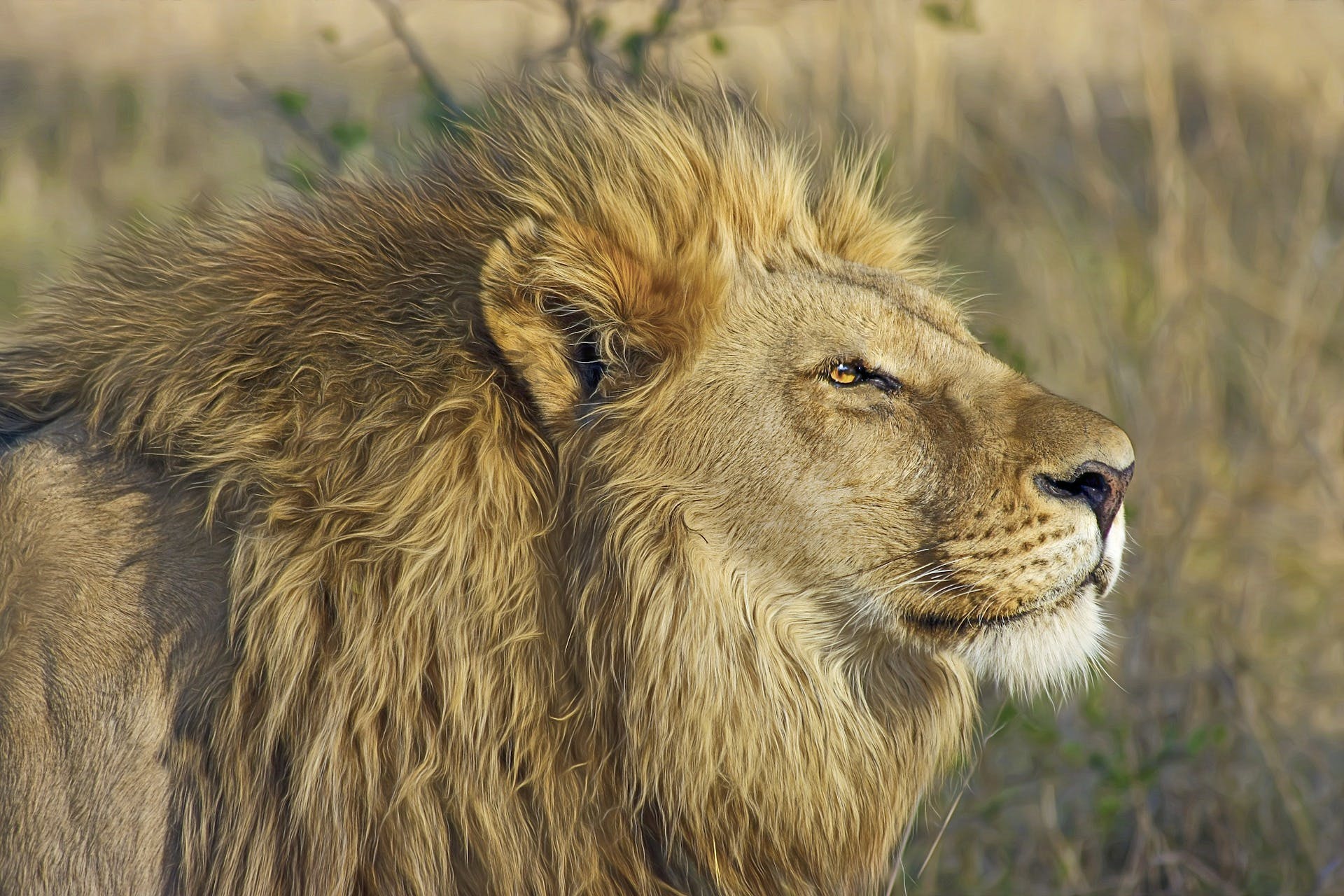 The King of the Lion Pride

Lions are the only big cats that are not solitary and live in a social system. A lion group, or pride, is a family unit ranging from two to forty lions. Each pride is made up of related lionesses, their cubs, and one to four males that father young and function as pride protectors.

Unlike all other cats, the physical distinction between male and female lions is unmistakable—a mature male is defined by a large, thick mane around his head, neck, and shoulders.

Male lions’ manes are a unique characteristic that also tell a story. When young, both males and females appear the same. But at about one year of age and into their sub-adulthood of three to four years, young males develop fledgling growths of a mane, sometimes with a curious cowlick of fur atop their head.

Once male lions are at their peak maturity, they parade a full and impressive mane to assert their dominance and attract females. Their manes also protect their neck and head from injury during fights with other lions and predatory competition. As a lion becomes older and harbors more testosterone, its mane becomes darker in color.