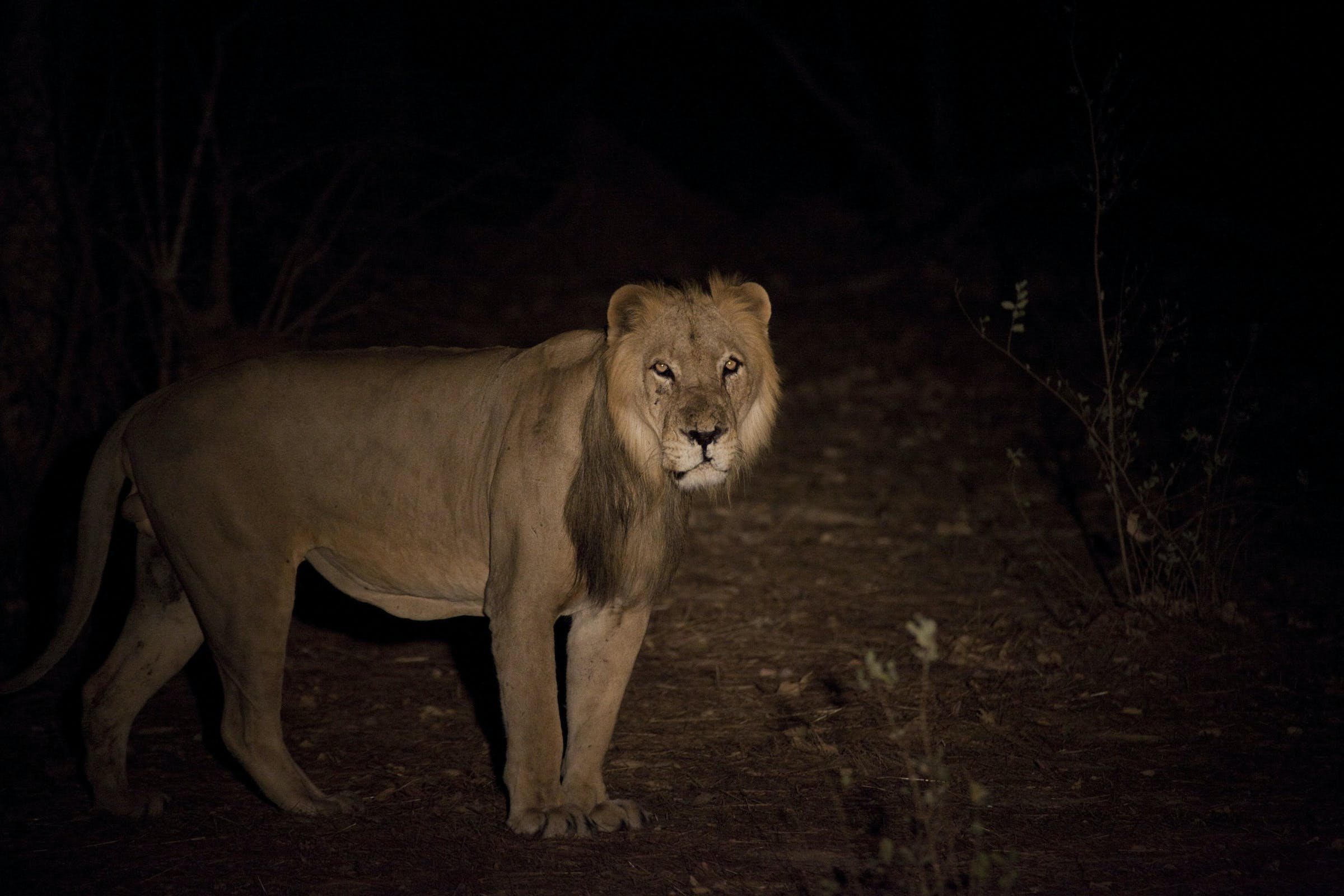 I sit writing this in a hotel overlooking Dakar, Senegal. Africa is so vast that Senegal, on the continent's western tip, feels like a million miles from my home in Harare, Zimbabwe. Because the flight connections are so roundabout, it effectively almost is. But the long haul was totally worth it. The capital city, Dakar, has a totally different feel to southern Africa. Dry and dusty at this time of year, and bustling, the city recalls shades of the Mediterranean and North Africa, while remaining a truly sub-Saharan African city. Though Senegal is a lower middle income country, there are signs of notable development, with an array of glitzy buildings in the capital and swanky restaurants and bars along the coast. A notable landmark is the African Renaissance monument, a spectacular 161 ft. statue commemorating 50 years of independence from France and the rebirth of Africa following the colonial era.

From a conservation perspective, however, Senegal has much work to do. The country is home to West Africa’s second largest protected area—Niokolo-Koba National Park, which hosts one of just four remaining populations of Critically Endangered West African lions. In 2011, the NGO Panthera did a survey of carnivores in the park and found that just 10-15 individuals remained. This left lions in the country on the brink of extinction, a potentially disastrous situation. Especially for a country where lions have such symbolic significance. They are represented on the coat of arms, and the national football team (who just won the African Cup of Nations) are known as the Lions of Teranga. Letting these lions go extinct is simply not an option.

The lion population in Niokolo-Koba suffered from lack of investment in the management and protection of the park, making wildlife there highly susceptible to poaching. Poachers enter the park with firearms and bicycles to target wildlife for meat or body parts—and in the absence of a properly funded ranger force, were able to gradually whittle wildlife populations down to a fraction of their former densities. Lion numbers decline rapidly if numbers of their preferred prey drop. In addition, lions are targeted for their body parts, which are used in traditional and Asian medicine and for ceremonial use. Noting the dire situation facing lions, Panthera decided to establish a park support program, working with the local wildlife authorities, DPN, to strengthen management and anti-poaching efforts.

Visiting Niokolo-Koba was a real privilege. After a long 10-hour drive from Dakar, we reached the park hot and tired, but full of excitement. Over the next five days, we drove hundreds of miles through the park searching for lions and gaining fantastic insights into the park's ecology and conservation status. At 3,525 sq. miles, Niokolo-Koba is larger than Yellowstone National Park and encompasses a wide range of habitats—dry savanna woodlands, wetlands, bamboo forests, and gallery forests lining the rivers and drainage lines. The park has two perennial rivers flowing through the park, the Gambia and the Niokolo rivers, creating wonderful habitat for a wide range of species.

It is clear that wildlife in the park is very depleted from years of unchecked poaching, and park support efforts appear to have come too late for Niokolo-Koba’s forest elephants. Just one elephant was believed to remain, though encouragingly, a truck driver recently observed three elephants crossing a road, suggesting that there may at least be a handful persisting. Black rhinos, giraffes, and tiang have also been lost, but every other species that originally resided here is hanging on; there is an impressive diversity of wildlife remaining. Species of note include the West African Lord Derby eland, Western hartebeest, Western crocodile, chimpanzees, West Africa’s only population of wild dogs (and the only population of wild dogs for at least 1,864 miles), West Africa’s largest population of leopards, and of course, Senegal’s last lions.

For the last five years, Panthera has been supporting management of the park through the deployment of mobile and highly-trained anti-poaching brigades. These groups operate across a growing area of the park, tackling poaching with ruthless efficiency. In addition, they have been restoring ranger posts and improving the road network to allow for more effective deployment of rangers.

While much work remains to be done, these efforts are making a difference. The lion population is growing and now numbers 30-40 individuals. Prey populations are also increasing. While wildlife densities remain low, it was clear from driving through the park that sufficient pockets of wildlife remain to allow for rapid recovery if the park gets sufficient investment.

The LRF is working hard to support Panthera’s efforts. This project was the very first investment that the LRF made after its inception, and since then, we have gradually increased the level of support provided. At this stage, wildlife recovery in Niokolo-Koba National Park will respond linearly to investment because with more funding, more anti-poaching teams can be deployed. The LRF will continue working hard to raise as much funding as possible to invest in the park and recreate a stronghold for the Critically Endangered West African lion. This project is an excellent example of the LRF strategy of investing in neglected landscapes before we lose them to foster lion recovery and protect collateral biodiversity.